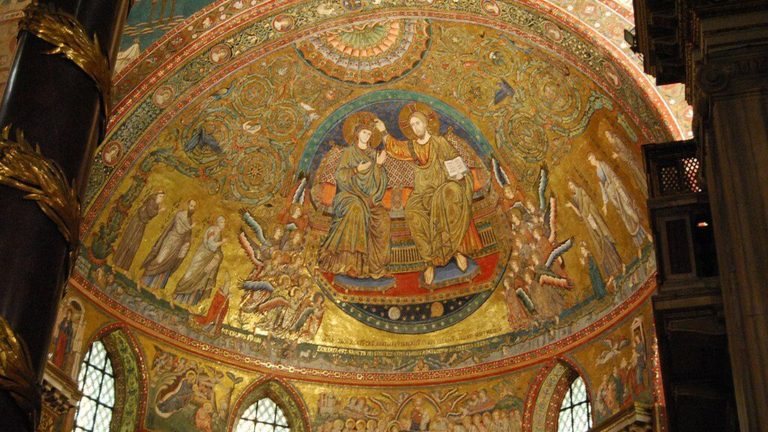 We’ll visit three main basilicas which relevance is second only to S. Peter in the Vatican: St. Paul outside the wall, St. John in the Lateran, St. Mary the Major.

They were built long time ago with imposing architecture and with precious materials, and still today are splendid churches where art and faith are visibly interlaced.

We start exploring St. Paul outside the wall: for centuries it had been the largest roman basilica. The holy tomb of Saint Paul, who was never a pope, is preserved under the main altar surrounded by medallions with the portraits of all the popes to this day.

Soon after we enter the basilica of St. John in the Lateran, this was the official pope’s church for a millennium and is considered the mother church of all churches in the world; the most beautiful statues of the apostles ever carved in marble are here.

Last but not least St. Mary the Major, the main basilica in Rome dedicated to worship Mary Mother of God: it was built 431 A.D., its interior is one of the richest and best preserved in Rome.