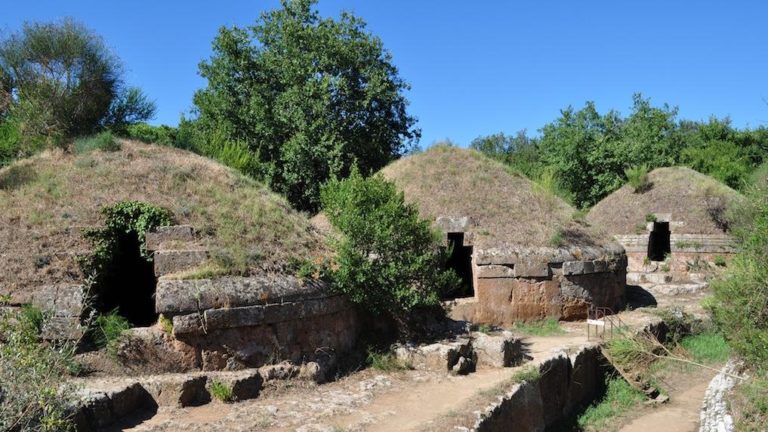 We’ll go to Cerveteri, a little village an hour drive north of Rome, to learn about the Etruscans, a pre-Roman population who had a great influence on the Ancient Rome.

We’ll explore the necropolis whose tombs, mirroring the homes of the inhabitants, reveal the social organization of the etruscan society. This perfectly preserved ‘city of the dead’, shaped in volcanic stone, has been declared Unesco World Heritage because it’s one of the most unbelievable example of archaic cemetery.
After the necropolis we enter the little etruscan museum which is housed in a medieval fortress: we’ll see the items that were found in the tombs, handmade artifacts that are featuring many aspects of the everyday life: urns, jewelry, potteries, ceramics, carvings of bronze and marble.
This mysterious and fascinating civilization that existed 25 centuries ago still communicates with us today!

Lunch in a restaurant on the sea or back to Rome soon after the visit.