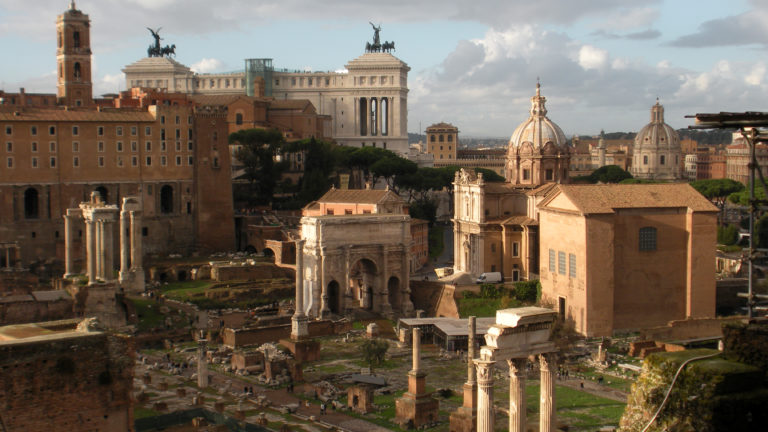 The Coliseum is the most iconic architecture of the pagan Rome: model for many current stadiums, it was built to entertain the people with cruel shows which were performed in the arena by gladiators and wild animals. This monument is one of the reasons to visit Rome and one of the most exciting tours you can do.

Also utterly interesting are the surroundings that we may explore soon after: the Palatine hill, the Capitoline hill, the Roman Forum, the Imperial Fora; a huge area which corresponds to the monumental center of the old city where you can see the Arch of Constantine, the Arch of Titus, the Basilica of Massenzio, the Circus Maximus and the remains of the Imperial Palaces, the Roman Senate, the Altar of Julius Caesar, the Marc Aurelius’ horse-riding statue, the Trajan’s column.

Whether we follow one path or another will depend on your interest: in any case the visual legacy of the key monuments spread in the area will always impress us and take us back to the times Rome was the capital of the largest empire ever known.