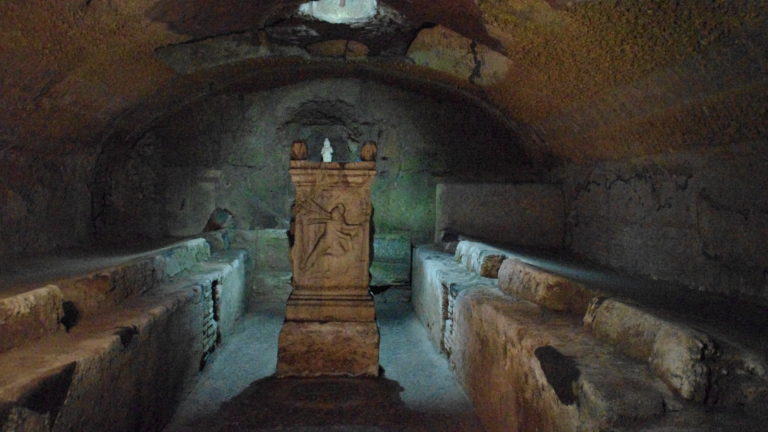 Due to the fact that in its millenary life Rome was often destroyed and rebuilt in the same place, we can say that the modern Rome is built on top of the ancient one.
Everywhere we walk in the city put our feet above the remains of previous human activities: mosaic floors, fresco paintings, statues, columns, inscriptions, tombs. We don’t see them, but they are there, buried beneath the sediment of the time.

Below I listed a few archeological sites, excavated last century, which show very well evidence of the hidden growth of the city. If you are interested let’s see two of them and do an incredible journey back in time through the centuries!

The S. Clemens’ basilica, a church upon a church upon two roman buildings;
The Catacomb of Priscilla, house of the oldest iconography of the Virgin Mary and Jesus Child;
The Roman houses under the church of SS Giovanni e Paolo, place of martyrdom of two saints;
The Crypta Balbi, the backstage area of a theatre under a city block;
The Domus Aurea, a small gorgeous sample of the residence of the emperor Nero.