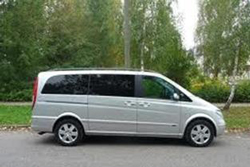 A panoramic tour by car of Rome is a great way to have a synthetic and meaningful idea of the city.

Spectacular architecture, green terraces overviewing roofs and domes, winding streets with unexpected artworks behind the corner, memories of a long long history everywhere: this is Rome!

Thanks to the drive we will be able to see all its major sites while re-enact the history, events and characters behind them.  We’ll make several stops in the best places to enjoy the beauty of the sceneries and to have an in-depth look of the complex and fascinating urban planning of Rome, so that at the end of the tour the Eternal City will be more familiar to us.

In this tour we are going to see: the Coliseum from the outside (on request we can go inside), the Roman Forum, the Circus Maximus, the Trevi Fountain, the Spanish Steps, Piazza del Popolo, Plaza Navona, the Victor Emmanuel’s monument, the S. Peter’s Square in the Vatican. Bring your camera!